The last time I was there, Ellsbury stole home against the Yankees.  This time, I got to witness the team break an A.L. record for most runs scored in an inning before recording an out.  Okay, granted, it's one of those kind of ridiculous stats like most doubles hit on a Tuesday by a switch hitter during a rain-delayed game.  But seriously.  TWELVE RUNS.  IN AN INNING.  Regardless of when the outs were scored, that's pretty ridiculously AWESOME.  And to top it off, we didn't even have 3 of our starters (Papi, Ellsbury, and Youk) playing.  And Lugo was our DH and lead-off hitter.  Julio freaking Lugo.  Who'd have thunk?

Apparently not even the jumbotron was ready for all the awesomeness because it couldn't handle a two-digit score in one inning: 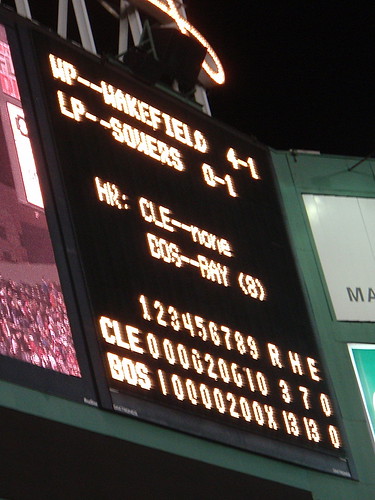 And lest you think the game overshadowed the news about Manny, I spotted this shirt already printed and being sold the same day the news broke: 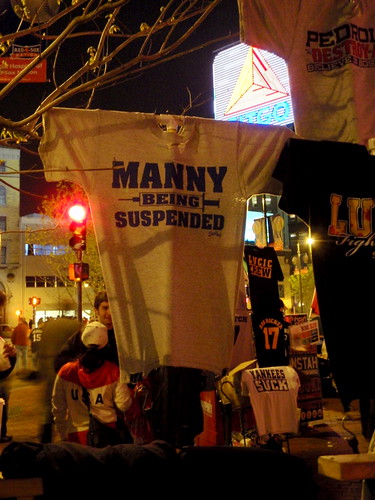